Aerosol: aerosol dispenser, any non-refillable receptacle made of metal, glass or plastics and containing a gas compressed, liquefied or dissolved under pressure, with or without a liquid, paste or powder, and fitted with a release device allowing the contents to be ejected as solid or liquid particles in suspension in a gas, as a foam, paste or powder or in a liquid state or in a gaseous state;

Alloy: a metallic material, homogeneous on a macroscopic scale, consisting of two or more elements so combined that they cannot be readily separated by mechanical means; alloys are considered to be mixtures for the purposes of CLP;

Article (Under REACH and CLP): an object which during production is given a special shape, surface or design which determines its function to a greater degree than does its chemical composition;

Aspiration: the entry of a liquid or solid chemical substances or mixture into the trachea and lower respiratory system directly through the oral or nasal cavity, or indirectly from vomiting;

Carcinogen: a substance or a mixture of substances which induces cancer or increases its incidence

Competent Authority: the authority or authorities or bodies established by the Member States to carry out the obligations arising from the CLP Regulation;

Corrosive to metals: materially damaging, or even destroying, metals by chemical action of a substance or a mixture;

Differentiation: the distinction between hazard classes depending on the route of exposure or the nature of the effects;

Distributor: any natural or legal person established within the Union, including a retailer, who only stores and places on the market a substance, on its own or in a mixture, for third parties;

Downstream user: any natural or legal person established within the Union, other than the manufacturer or the im  porter, who uses a substance, either on its own or in a mixture, in the course of his industrial or professional activities. A distributor or a consumer is not a downstream user. A re-importer, exempted pursuant to Article 2(7)(c) of REACH, is regarded as a downstream user;

Explosive article: an article containing one or more explosive substances;

Explosive substance: a solid or liquid substance (or mixture of substances) which is in itself capable by chemical reaction of producing gas at such a temperature and pressure and at such a speed as to cause damage to the surroundings. Pyrotechnic substances are included even when they do not evolve gases;

Eye irritation: the production of changes in the eye following the application of test substance to the anterior surface of the eye, which are fully reversible within 21 days of application;

Fee Regulation: Commission Regulation (EU) No 440/2010 of 21 May 2010 on the fees payable to the European Chemicals Agency pursuant to Regulation (EC) No 1272/2008 of the European Parliament and of the Council on classification, labelling and packaging of substances and mixtures;

Flammable gas: a gas having a flammable range with air at 20 °C and a standard pressure of 101.3 kPa;

Flammable liquid: a liquid having a flash point of not more than 60°C. Flash point means the lowest temperature (corrected to a standard pressure of 101.3 kPa) at which the application of an ignition source causes the vapours of a liquid to ignite under specified test conditions;

Flammable solid: a solid which is readily combustible, or may cause or contribute to fire through friction;

Hazard (sub-)category: the (sub-)division of criteria within each hazard class, specifying hazard severity;

Hazard class: the nature of the physical, health or environmental hazard;

Hazard pictogram (sometimes also referred to as “pictogram” in this document): a graphical composition that includes a symbol plus other graphic elements, such as a border, background pattern or colour that is intended to convey specific information;

Hazard statement: a phrase assigned to a hazard class and category that describes the nature of the hazards of a hazardous substance or mixture, including, where appropriate, the degree of hazard;

Hazardous: fulfilling the criteria relating to physical hazards, health hazards or environmental hazards, laid down in parts 2 to 5 of Annex I of CLP;

Import: the physical introduction into the customs territory of the Union;

Importer: any natural or legal person established within the Union who is responsible for import;

INCHEM: refers to an Internet based tool providing a range of chemical safety related information produced by International Programme on Chemical Safety and the Canadian Centre for Occupational Health;

Intermediate: a substance that is manufactured for and consumed in or used for chemical processing in order to be transformed into another substance;

Label element: one type of information that has been harmonised for use in a label, e.g. hazard pictogram, signal word;

Manufacturing: production or extraction of substances in the natural state;

M-factor: a multiplying factor. It is applied to the concentration of a substance classified as hazardous to the aquatic environment acute category 1 or chronic category 1, and is used to derive by the summation method the classification of a mixture in which the substance is present;

Mixture: a mixture or solution composed of two or more substances. However, UN GHS Chapter 1.2 includes the phrase, “in which they do not react” at the end of an otherwise identical definition;

Monomer: a substance which is capable of forming covalent bonds with a sequence of additional like or unlike molecules under the conditions of the relevant polymer-forming reaction used for the particular process;

Mutagen: an agent giving rise to an increased occurrence of mutations in populations of cells and /or organisms;

Mutation: a permanent change in the amount or structure of the genetic material in a cell;

Organic peroxide: a liquid or solid organic substance which contains the bivalent -O-Ostructure and may be considered a derivative of hydrogen peroxide, where one or both of the hydrogen atoms have been replaced by organic radicals. The term also includes organic peroxide formulations (mixtures);

Oxidising gas: any gas which may, generally by providing oxygen, cause or contribute to the combustion of other material more than air does;

Oxidising liquid: a liquid which, while in itself not necessarily combustible, may, generally by yielding oxygen, cause, or contribute to, the combustion of other material;

Oxidising solid: a solid which, while in itself not necessarily combustible, may, generally by yielding oxygen, cause, or contribute to, the combustion of other material;

Precautionary statement: a phrase that describes recommended measure(s) to minimise or prevent adverse effects resulting from exposure to a hazardous substance or mixture due to its use or disposal;

Product identifier: details permitting the identification of the substance or mixture;

Pyrophoric liquid: a liquid which, even in small quantities, is liable of igniting within five minutes after coming into contact with air;

Pyrophoric solid: a solid which, even in small quantities, is liable of igniting within five minutes after coming into contact with air;

Pyrotechnic article: an article containing one or more pyrotechnic substances;

Pyrotechnic substance: a substance or mixture of substances designed to produce an effect by heat, light, sound, gas or smoke or a combination of these as the result of nondetonative self-sustaining exothermic chemical reactions;

Respiratory sensitiser: a substance that induces hypersensitivity of the airways following inhalation of the substance;

Self-reactive substance: a thermally unstable liquid or solid substance liable to undergo a strongly exothermic decomposition even without participation of oxygen (air). This definition excludes substances or mixtures classified under CLP as explosive, organic peroxides or as oxidising;

Serious eye damage: means the production of tissue damage in the eye, or serious physical decay of vision, following application of a test substance to the anterior surface of the eye, which is not fully reversible within 21 days of application;

Skin corrosion: the production of irreversible damage to the skin, namely visible necrosis through the epidermis and into the dermis, following the application of a test substance up to 4 hours;

Skin irritation: the production of reversible damage to the skin following the application of a test substance for up to 4 hours;

Skin sensitizer: means a substance that will induce an allergic response following skin contact. The definition for “skin sensitizer” is equivalent to “contact sensitizer”;

Solid: a substance or mixture which does not meet the definitions of liquid or gas;

Substance: a chemical element and its compounds in the natural state or obtained by any manufacturing process, including any additive necessary to preserve its stability and any identified impurity deriving from the process used, but excluding any solvent which may be separated without affecting the stability of the substance or changing its composition;

Use: any processing, formulation, consumption, storage, keeping, treatment, filling into containers, transfer from one container to another, mixing, production of an article or any other utilisation. 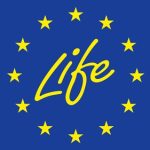